HomeBlogTaxGOVE says he will abolish VAT

GOVE says he will abolish VAT 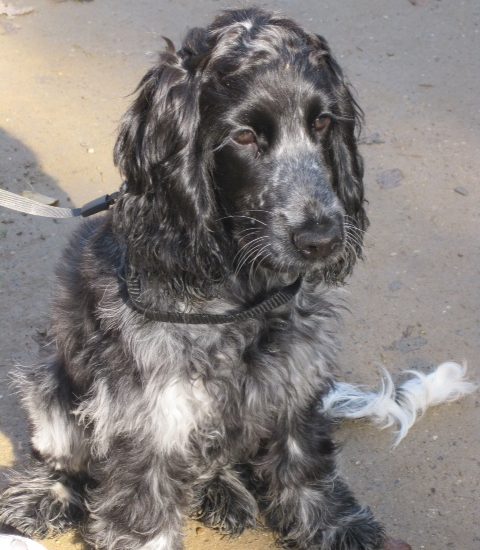 There are many reasons why Mr Gove demonstrates his cluelessness, but the suggestion to abolish VAT and replace it with a sales tax is so unintelligent, retrograde and moronic as to be incredible.

There is a reason that only the USA insists on sales taxes, apart from having very small brains, and that is it is grossly inefficient and favours vertically integrated businesses rather than favouring the most efficient businesses. Until the Republicans realise it is a regressive tax and the Democrats realise it will fund their ambitions, that will not change.

VAT is designed so that it is a tax burden only for the consumer and not business (with some horrid exceptions called exemptions) and furthermore, there is a much reduced fraud risk as tax is collected all along the supply chain and not in one big lump at the retail stage.

Sales taxes have nothing going for them, and I have all the arguments needed to demonstrate otherwise.

Why has he said this? First, because once we are out of the European Union, aka Hotel California, then we are no longer obliged to keep VAT. Second, he is an idiot. Third, he either has no one advising him or someone who knows less about indirect taxation than my pet cocker spaniel. Fourth, his ego far exceeds his talent and fifth, he only knows WTF is going on because his wife is a journo’ at The Telegraph and last but not least, he has clearly learnt nothing from the “pasty tax” debacle / omnishambles.

Prof Mirrlees’s reports on the future of taxation[1] were mainly panned but on indirect taxation it was warmly welcomed. His plan, abolish our zero rates. This would have, at that time raised £23bn, but to compensate the poorer members of society, £11bn would have to be added to the welfare bill to increase benefits. Net result, £12bn in tax, no stupid rules about cakes, muesli bars, tortiilla chips and fur on children’s clothes, and borne by people like you and me.

Unfortunately, Osborne’s pasty tax ignored the “tax / wages or employment / welfare” triangle (see below) even though Mirrlees had shown him the way. Talk about thick as a brick (Osborne not Mirrlees). Yes, I know Osborne went to Oxford but so did Dianne Abbott MP whose grasp of basic arithmetic is well recorded, at least on eleventy or thirty-ninety occasions.

And Gove wants to be Prime Minister. My cocker spaniel is adorable, has a strong bite, and knows more about indirect taxes than, it seems, all of the leadership contenders. Ukraine has just elected a comedian as President. Why not a dog for PM? 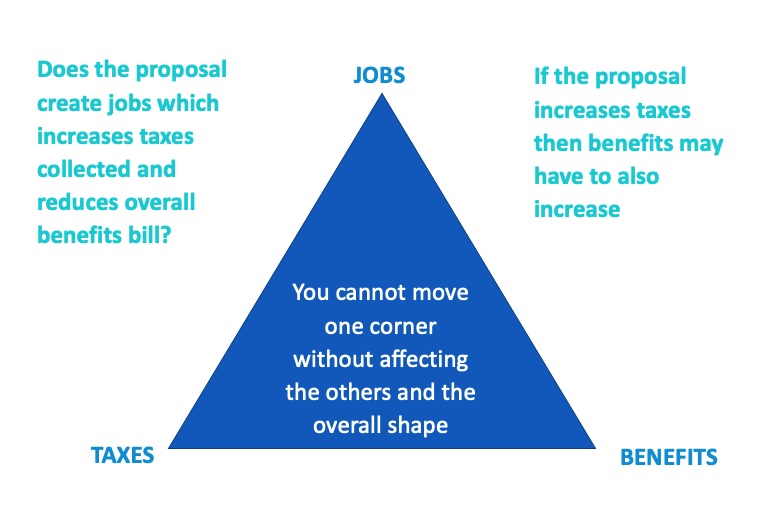 [1] See Dimensions of Tax Design (2010) and Tax by Design (2018) by the Mirrlees Commission for the Institute of Fiscal Studies.  Published by OUP and available from all good online retailers.